Brocchinia reducta is one of few carnivorous bromeliads. It is native to southern Venezuela and Guyana. 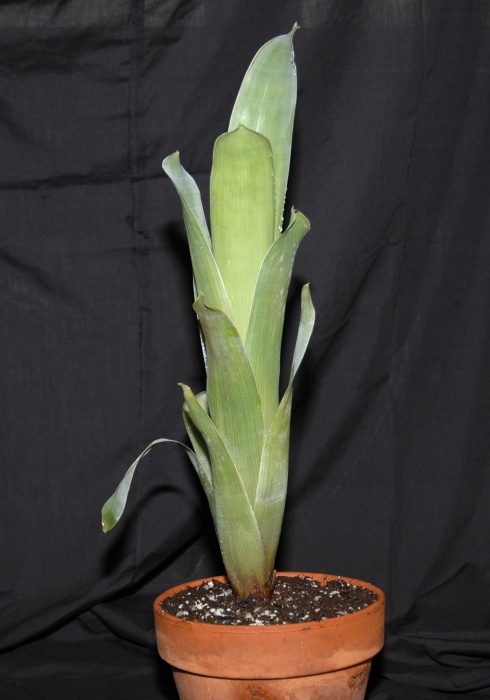 B. reducta, like many other bromeliads, forms a water-storing cup with its tightly-overlapping leaves. The leaves surrounding the cup of B. reducta are coated with loose, waxy scales. These scales are highly reflective of ultraviolet light. Since many insects are attracted to ultraviolet, this is an efficient lure. The water in the cup also emits a sweet odor, which may serve to attract ants and other insects.

The scales, being loose, provide a poor foothold for insects landing on them. The unfortunate creatures slip into the water-filled cup and eventually drown.

It has been argued that B. reducta is not actually carnivorous in the sense of other such plants because the production of digestive enzymes couldn't be found. However, in 2005 it was shown that the plant produces at least phosphatase and thus is a carnivorous plant in sensu stricto. The enzymes and bacteria digest the trapped insects and thus release the nutrients for absorption by the leaves

B. reducta is easily cultivated.  Use a peat based soil mix keep warm and in very bright light.